There’s no doubt in the fact that dogs make fantastic companions for pet owners. But these great pets are also muscle-bound marvels with stamina and strength.

Throughout history, people have bred dogs for herding, farming, and even hunting. Many dog breeds are also famous for their natural ability to become military, search, and rescue dogs.

German Shepherds, as the name suggests, are medium- to large-sized dogs that were originally bred in Germany for herding sheep.

However, over the years, the dogs have been trained for competitive obedience, drug detection, search and rescue, herding, police, military service, and assisting the handicapped.

As our Smart Dog Owners know, these dogs are known to be strong and powerful.

What’s more, because of their great intelligence and strength they are also very easy to train – which also gives them a competitive edge over other dog breeds.

German Shepherds are the second most popular breed in the United States. While the dogs are also notorious for being aggressive, if trained well, they are very calm and obedient.

So are they “the” strongest dog breed in the world? Probably not.

Siberian Huskies are muscle marvels with a dense coat of hairs that weigh around 45–60 pounds (20–27 kg) in males and from 35–50 pounds (16–23 kg) in females. The dogs are medium in size and belong to spectacular Spitz breeds.

These dogs belong to a group of northern dogs and are characterized by dense, long coats, tails curling over their backs, and erect pointed ears.

The Siberian Husky is the most popular of the Spitz breed in the United States. The dogs are powerful and because of their thick coats can easily acclimate to living in extremely cold weather.

The Siberian Huskies are energetic dogs used for pulling heavy loads in the extreme weather conditions of Siberia.

What’s more, with proper training, they also make great pets and companions because of their gentle, calm and less aggressive nature. They are also very patient and gentle around children.

The Rottweiler is a medium to large breed of domestic dogs. The dogs were known as Rottweiler Metzgerhund in German which means Rothwell butchers’ dogs because they were initially bred to herd livestock and pull butchered meat-laden carts from the slaughterhouses to the market.

Rottweilers often come across as intimidating because of how big and strong they are. And while Rottweilers make great family dogs, their prodding around and nudging of animals and people can instigate problematic circumstances for people who are prone to falling, for example, elderlies.

Rottweilers are very broad shoulders of around 22 to 27 inches and weigh 80 to 130 pounds – that’s almost how much an average 12-year-old boy would weigh! They have a short double coat either black with mahogany, rust, or tan coloring.

You might have seen movies or cartoons of dogs pulling an arctic sled with great power! Those were the Alaskan Malamutes! With a large bulky body built to survive the harsh conditions of the arctic.

known for their strength and stamina malamutes can accomplish a great many things like pulling cargo and going to war, yes you heard it right!

Their huge stature can be scary for some people but the malamute in a furball with genes of a wolf. They resemble a lot of wolfs, their ancestors but the newly bred malamutes do not have wolf characteristics in them.

The dogs are strong, energetic, independent, and intelligent. Thousands of years ago, the Alaskan Malamutes were used for pulling heavy sleds over long distances, think from Siberia to Alaska and for hunting seals and polar bears.

Although the dogs are now primarily chosen as pets, they have the natural tendency to be trained for recreational sledding, backpacking, skijoring, pulling weight, obedience competition and several dog sports.

However, they are not recommended for first-time dog owners because their stubbornness can become a challenge for someone who is not familiar with keeping dogs as pets.

On the plus side, they think of everyone they meet as their friends.

Their personality can easily be described as sweet and calm. The dogs were originally popular for boar hunting. However, in later years they were bred to be family dogs.

The dogs were then eventually bred without their tough and hunting personalities – making them gentle and sweet dogs. The dogs are muscular and weigh a maximum of 175 pounds.

The two traits that have earned them the spot as one of the strongest dog breeds in the world are that they are fast and powerful.

Other characteristics that set them apart are their loyalty and tough nature.

The dogs were first bred in 1900s Germany as medium-sized companion dogs and as fierce guard dogs. Dobermans are muscular and athletic dogs and will help you feel secure in your home.

Fun fact: the U.S. marine corps, during World War II selected the breed as their official dog because of its endurance and athleticism.

These days dogs are commonly used as military, police, and security dogs. Their height is 24 to 28 inches and their weight is 65 to 100 pounds.

Ranging from 120 to 150 pounds the Newfoundlands are big-boned, muscular dogs that were originally bred as working dogs for hauling forest wood and pulling nets for fishermen. Newfoundlands are strong swimmers and well-suited for work on both land and water.

In addition, their good nature and friendliness make them the perfect family dogs and wonderful companions.

But before adopting a Newfoundland, you need to make sure that you’ll be able to give them plenty of exercise, attention, and affection.

Saint Bernards are originally from Northern Italy and the Swiss Alps. These dogs are giant and weigh between 140–and 260 pounds.

Giant would be an understatement; these dogs are enormous in terms of dog breeds. Over the years, these dogs have gained popularity because of their rescue missions in the Alps.

In addition, because of their fearful and powerful nature, the dogs are trained for rescue missions in the Alps. They’re loyal and socialize easily.

Moreover, they can easily be described as friendly and patient around children – making them wonderful pets.

The only thing that makes people reluctant when it comes to adopting St. Bernards is that because of their large size they may be a threat to small children being knocked over.

The English Mastiff is enormous in size and for this reason, qualifies as one of the strongest dog breeds in the world. The breeding of Mastiffs can be traced back to the 19th century. These dogs possess the traits of being noble and cool.

But, while the dogs may be kind, they can also flip very quickly when it comes to danger. They will anything to save their master from any kind of danger.

The 250-pound dogs are wonderful around children. They are loyal, powerful, strong, intelligent, courageous, and protective, to say the least. The male dogs almost stand as tall as 30 inches, whereas the females can be 27.5 inches.

While most modern pets don’t really need to be all that muscle – the dogs on the list make for wonderful pets and can perform about any job they are asked to do.

Any breed from the list, given that they are well-trained when they are puppies can make a great companion for you and your family. And who knows the strength might just come in handy someday!

The Rhodesian Ridgeback is a strong and muscular dog that is primarily bred for guarding livestock and homes.

This is one of the reasons why the dog has ultra-protective instincts. With the correct training, socialization, and of course, love, the dog can make a friendly pet.

The slightly longer than tall Rhodesian Ridgebacks are originally from Zimbabwe and Zambia. They have an athletic build and are popular guard dogs because of their speed, power, and endurance.

In addition, because of their short coats, they can easily acclimate to living in hot climates, too. An example of their tough nature is the fact that they are also used to hunt lions in Africa.

The Kangal dogs were first bred in an isolated region of Turkey. The 140-pound dogs are one of the oldest livestock-guarding dogs. In addition, Kangal dogs have been known for fighting off dangerous animals for generations.

Given that the dogs are trained and socialized properly, they are very loyal and loving. The breed is also known to have a very high tolerance of pain. However, owning such a strong dog comes with a huge responsibility, especially knowing that they are one of the strongest breeds of the world.

Irish Wolfhounds are one of the most ancient breeds of dogs, known for their speed and size. The dogs can weigh up to 180 pounds and measure as tall as 3 feet.

While the dogs are strong and powerful, they aren’t fit to be guard dogs. They are very friendly and patient around children, therefore, making great pets.

The lineage of this giant dog breed goes back to ancient Roman times. Cane Corso dogs weigh over 100 pounds and are described as alert and confident dogs.

The dogs make excellent guardians because of their muscular and intimidating build.

However, the dogs don’t make suitable pets for first-time dog owners because they require strong, consistent training and socialization.

Dogo Argentino dogs are big, powerful dogs that weigh 100 pounds. As the name suggests, the dogs are bred in Argentina and are popular for police work, including search and rescue.

In appearance, the dogs are muscular and have a short coat.

However, because the dogs are stubborn in nature, it is only recommended for people who have a history of and are familiar with keeping dogs to keep them as pets.

American Bull Terriers are synonymous with the American Bulldog or any other pit bull. The dogs are known for their companionship and can easily adapt to family life with proper socialization.

Bulldogs are a popular household breed that are hard to miss because of their wrinkled faces, floppy lips, and build.

They originate from the U.K., where they also wear the cap of mascots. The dog was once also compared to Winston Churchill because of its grumpiness and tenacity.

The dogs may weigh anywhere between 40 to 50 pounds. While they may appear to be grumpy old chaps, they are incredibly loving, especially around children.

Tidy, powerful, and beautiful are just a few terms used to describe these fluff balls. These dogs have a history of being guard dogs in Native China.

However, the dogs are also overly protective and need plenty of training and socialization to curb this behavior.

Belgian Malinois is a graceful and powerful working breed, popularly bred for herding. They also go by the name Belgian shepherd and are known to be active and smart.

However, the dogs are quite high maintenance and require regular walks and exercise, for this reason, they’re not suited for city life. They are also excellent for police work, as well as bomb and drug detection.

Regardless of the breed, dogs make excellent companions with the right amount of training and socialization! Let us know which dogs you find the most attractive and strong in the comments below. Is there any dog that we missed on this list? we don’t think so! 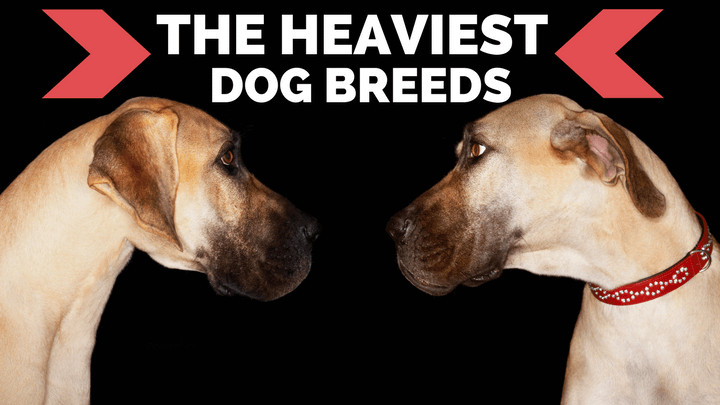 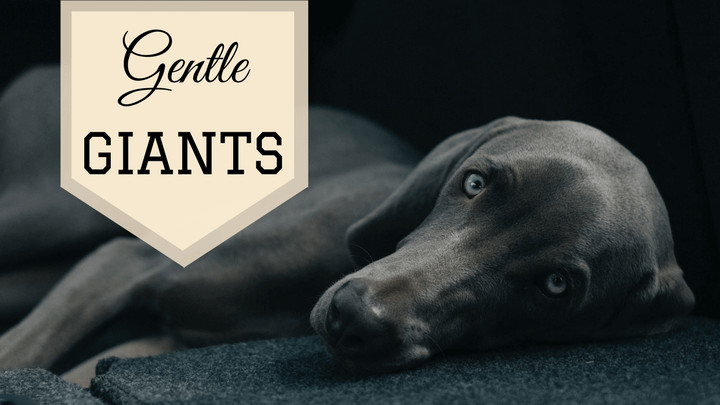 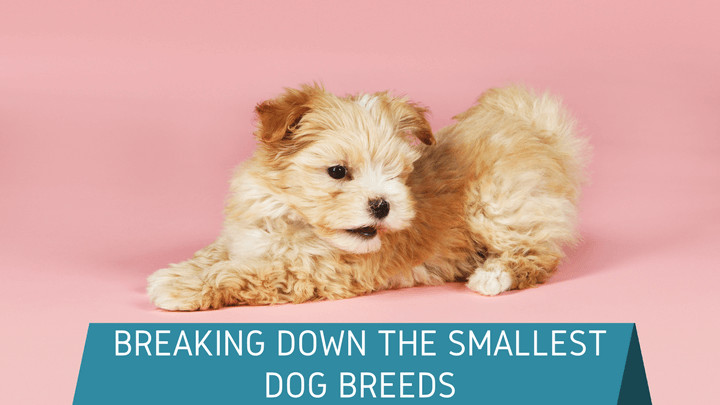 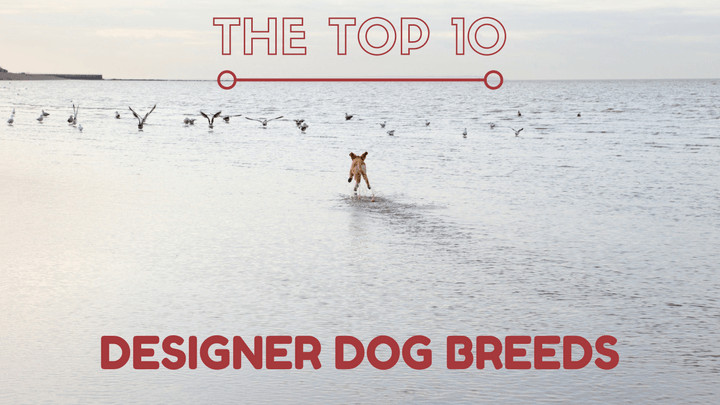