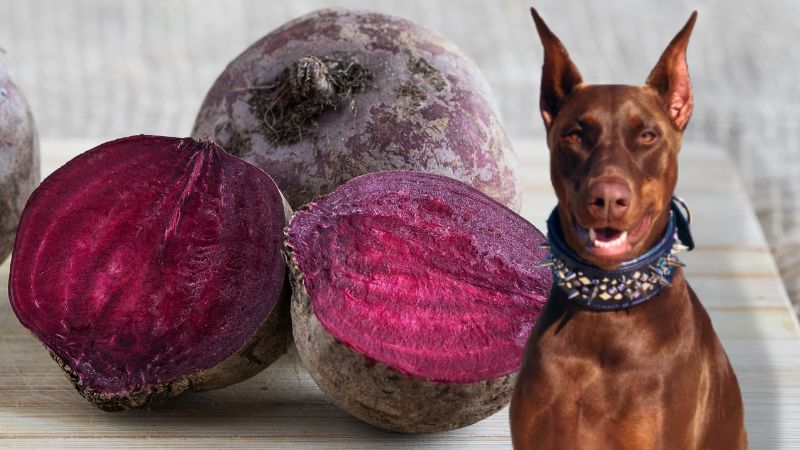 Ask any vegetarian or vegan and they’ll probably give you a dozen different ways to make beets more tasty. These richly colored vegetables have a unique taste to them, but they are actually quite good if they’re prepared well. If you’re debating adding them to your diet, you can sneak some into your dog, too!

Are Beets Safe for Dogs?

Yes, beets can actually be quite good for dogs. They’re easily digested by dogs and they’re actually found quite often in a lot of higher quality dog foods. Fresh beets are packed with a ton of nutrition and are some of the best vegetables to eat if you’re looking to get a big bang for your buck.

They’re a great source of vitamin C, which is great for the immune system. They’re also full of manganese, iron, potassium, and magnesium. Their high levels of fiber make this a great addition to your dog’s food if they’re on a diet and they’re acting like they’re still hungry all the time.

It’s important to remember that dogs are naturally carnivorous. This is due to their digestive systems. They’re equipped to break down meat for their nutritional needs, so they don’t require the same vitamins and minerals humans do. There’s not going to be any harm giving your dog beets occasionally, but their main diet should still consist of a quality dog food.

How to Feed Beets To Your Dog

Canned foods are handy for quick and cheap meals, but they’re also filled with a bunch of sugar or salt. Canned beets might taste a bit better than fresh beets, but they’re also loaded with salt, which dogs definitely don’t need. Steer clear of the canned variety no matter how convenient they are.

Beets are a good treat to give your dog a few times a day if they’re on a diet. You can slice the beets up and if your dog loves the taste, you can opt to give them a slice instead of a calorie-laden dog treat from the store. As mentioned above, they’re a fantastic source of fiber, and fiber keeps dogs feeling full longer.

If your pudgy pup has just started their diet, try mixing sliced beets in with their food to give them the gift of a full tummy.

Remember that too much of anything is never good for anyone, even vegetables. Too many beets will almost always lead to a very active digestive system, meaning your dog is going to have some diarrhea. If they start having loose stools, discontinue the beets until their stool returns to normal.

Cut down how many beets you’re giving them; if it was causing loose stools, they were likely getting too many. Also, don’t be alarmed if you notice your dog’s urine or stool turning red or pink. This is most likely due to the beets. There have been many humans going to their own doctor terrified that they were urinating blood, but it was just due to the intense color of the beets.

Vegetables never did anyone any harm, and beets are good for your dog if you use them in moderation. You never know; you might develop a taste for them, too!