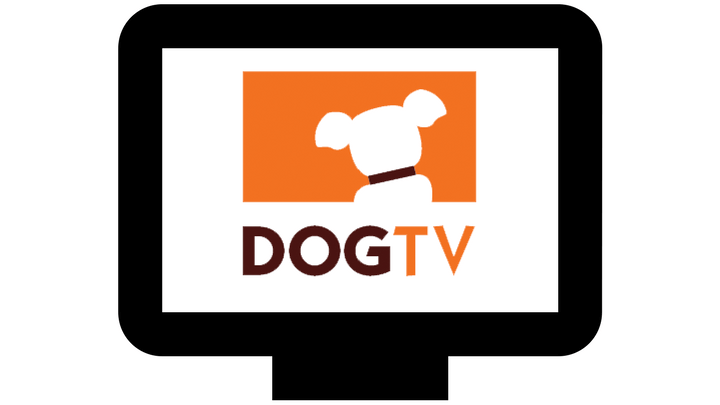 Some dog owners leave the television on for their dogs during the day, claiming they do so because the sound keeps their dog from feeling lonely. Whether or not you already do this, there may be some truth to this belief! DOGTV is a TV channel that’s made especially for dogs. It isn’t just reruns of old Animal Planet shows, either!

Table of Contents hide
What is DOGTV?
Will Your Dog Actually Watch TV?
Why Not Just Turn Soap Operas on for Dogs?
DOGTV Programming Types
Do All Dogs Like DOGTV?

DOGTV was made to keep your dog company when they’re left alone during the day. Dogs aren’t exactly like cats where they’re content to be left at home for eight or more hours during the day.

DOGTV only has content that appeals to a dog’s unique vision and hearing.

Their goal is to relieve your dog’s stress and anxiety with canine-focused entertainmnet when they’re by themselves.

Will Your Dog Actually Watch TV?

A lot of dogs will actually respond to the television when they see or hear another dog or an interesting animal sound. There is plenty of comical proof on sites like YouTube where dogs are videod going crazy over something they’ve seen on TV. However, the difference between DOGTV and regular human-centered programming is DOGTV is meant to stimulate your dog’s senses and keep them intellecturally entertained, not drive them wild.

Why Not Just Turn Soap Operas on for Dogs?

If the main goal of DOGTV is to provide dogs with company, why wouldn’t you just turn some trashy TV on in the morning and leave it on for your dog? Well, DOGTV is broadcast specifically to a dog’s senses.

The colors on the screen are contrasted and framed to suit your dog’s sight.

The sounds, music, and frequencies are also orchestrated to be pleasurable to your dog’s ears without being irritating or scary.

Because of this, the screen may look or sound funny to you, but that just means it’s probably going to stimulate your dog.

There are three types of programming the channel cycles through during the day to keep things interesting for your dog.

The relaxation shows help keep dogs calm and reduce their stress when they’re left to their own devices.

The stimulation shows are designed to help your dog stay out of trouble when they get bored. These shows have scenes with and without other animals, moving objects, and animation to perk your pup up.

Exposure segments use particular sounds and sights to help your dog feel like they’re going on an adventure without ever leaving the house. There will be segments where your dog goes to the park, beach, or any other number of places.

Not all of them do. Just like you love Grey’s Anatomy but your best friend finds it too stressful, some dogs won’t be affected by this programming at all. In fact, some owners of dogs who are bred to guard (German Shepherds and Rottweilers, for example) reported their dog seemed quite stressed with the constant talk and noises going on in the house. To some dogs, a silent house means a safe house, so too much stimulation (even mild) can have the opposite effect on them.

DOGTV is great stimulation for your dog regardless of their age or activity level. Even if you only leave them at home long enough to go the grocery store, just an hour or so a day is well worth it when you know your pup isn’t miserable because you’re gone.