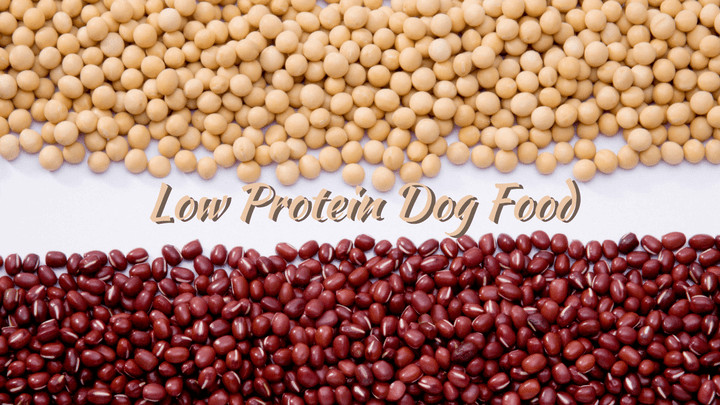 Considering dogs are carnivores, it’s probably kind of weird to hear about a low-protein diet. As carnivorous animals, protein is one of the most important nutrients a dog gets, so why would they ever need a low-protein food? It’s very hard to find a non-prescription food that’s low in protein because a diet like this is only appropriate for certain disorders/illnesses.

When Is a Low-Protein Diet Appropriate for Dogs?

It’s pretty rare your vet will recommend low-protein foods for your dog. Old research indicated that renal failure required reduced amounts of protein, but that notion is a bit more controversial now. There are, however, two specific instances where a dog would benefit from a low-protein diet.

The first does only occur when there is some form of kidney disease or damage and your dog’s urine tests positive for nitrogen and protein. Properly functioning kidneys filter protein and urea, but poorly functioning kidneys aren’t able to filter these products out, so they end up in the urine. Proteinuria (protein in the urine) can be attributed to a diet that’s very high in protein, but that’s pretty unlikely. If that is the case, the dog’s proteinuria clears up naturally when the dietary protein is reduced.

Hepatic encephalopathy is another case where the dog benefits from reduced protein. It occurs with a significantly advanced form of liver disease where it affects the brain and creates neurological depression. It’s sometimes caused by excessive dietary protein, but there is a range of causes, and reducing the dog’s overall protein intake is an essential part of treatment. In this disease, soy-based protein seems to have a less toxic effect than animal-based proteins do.

Since research is showing kidney disease isn’t caused by high protein, then what are better alternatives than a low-protein diet? Low-phosphorous foods are much more effective than low-protein foods in slowing down the progression of renal disease. The same research shows dogs with renal impairment fair much better when they’re given a diet low in phosphorous versus protein. However, this doesn’t mean a low-phosphorous food is going to prevent or delay the actual onset of kidney disease. It’s only beneficial for dogs who already have kidney disease.

It’s going to be very hard to find a non-prescription diet that’s well-balanced and still low in protein. Flint River Ranch Senior food is one of the very few commercially available foods considered low-protein. However, your best bet is giving your dog a prescription diet designed for dogs with kidney disease. Purina, Hills Science Diet, Royal Canin, and Eukanuba are the most popular prescription diet brands on the market. These are true prescription foods, meaning your vet has to give you a written prescription for you to buy them at a store that carries them.

Having to give a dog a low-protein diet is pretty rare; it isn’t very likely a vet up-to-date on nutritional recommendations will push for you to feed low-protein foods. If your dog is one of the few who would benefit from lesser amounts of protein, then it’s best to stick with a prescription diet for the most balanced nutrition.