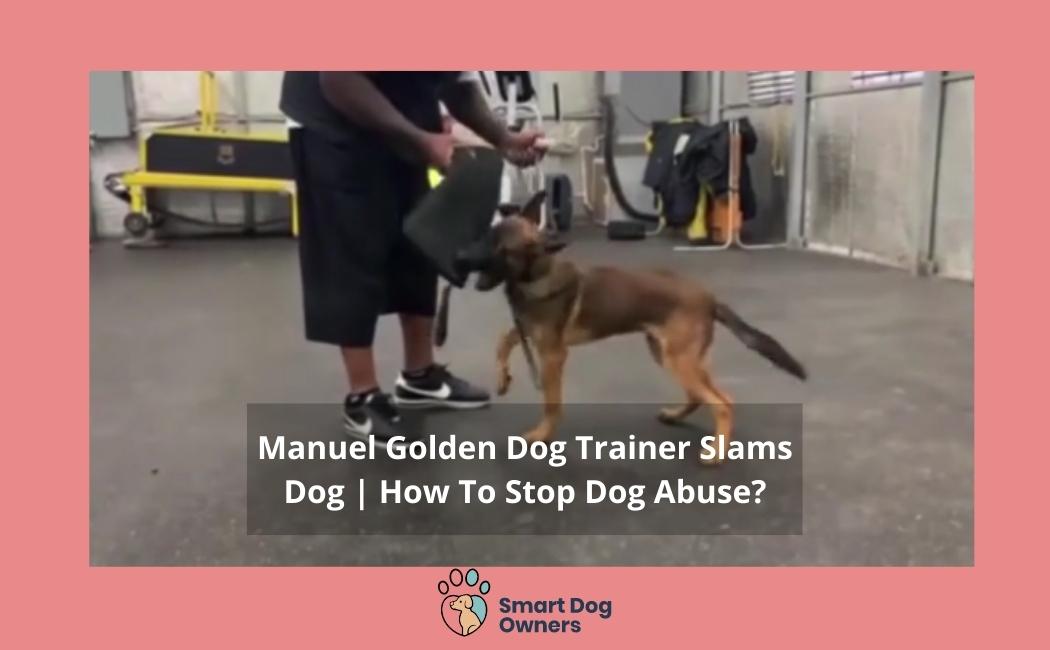 Dog abuse is a serious problem. There is no end to animal cruelty, and dogs are no exception. Dogs have remained a subject of animal cruelty for centuries. In the past, dogs were blamed for spreading plagues among the human population, and many dogs were hanged and stoned to death.

Dog meat is a considered delicacy in many countries. Even though dog abuse has no end, there are always ways to end dog abuse.

Who is Manuel Golden?

He received a lot of criticism when one of his K9 training videos went viral on the internet. Manuel golden was seen slamming a puppy on the floor.

It is appalling to know that a man like Manuel Golden can call himself a dog trainer. Golden claims that he owns TyCalK9 and has trained several celebrity dogs. Animal welfare activists blamed Manuel Golden for dog abuse (animal mistreatment).

What is Dog Abuse?

Dog abuse is animal abuse or animal mistreatment. Just know that dog abuse is a crime. No one has a right to abuse dogs, not even dog trainers. Dog abuse occurs when someone inflicts physical pain, suffering, or death on a (tamed) dog without the necessity of normal discipline.

Animal welfare organizations have tried to inform people about the dangers of dog abuse. Animal rights activists claim that dog abuse can be considered a precursor to abuse towards humans or even a component of domestic violence.

Animal rights activists say that dog abuse is similar to human abuse and a component of domestic violence because abusers usually try to demonstrate their power through dog abuse.

Dog abusers try to demonstrate their control over dogs, which is disturbing. Threatening, harming, or killing a dog is nothing more than dog abuse.

It is sad to know that many individuals tolerate domestic abuse to protect their dogs from abusive partners. Threatening dogs can also be considered dog abuse.

Who is Affected by Dog Abuse?

Animal welfare organizations like World Animal Protection (WAP) have reported that more than 50% of stray dogs are affected by dog abuse. Dog abuse is common for stray dogs because of the dog fear among the human population.

In the past, people thought dogs were responsible for spreading the plague among humans. The World Health Organization (WHO) has reported that mass murder of dogs takes place around the world because of dog bite cases.

WAP advocates against the mass killing of dogs and terms it “Dog Abuse.” While calling for a ban on dog abuse, organizations like WAP think that humans are responsible for dog mistreatment.

Manuel Golden is widely popular because he has trained several dogs for sports celebrities and media personalities. In this particular video, Golden was seen slamming a puppy on the floor.

Golden broke the puppy’s bone. This all happened during an ordinary training session where the puppy was not obeying Golden’s commands. Golden was seen yelling commands to the puppy.

Even though I understand that dog training is not easy, it is more difficult to see dog abuse. The video broke the internet, and many people demanded that Golden should be punished for his actions.

I mean, golden should be held accountable for his actions. You cannot shatter a dog’s leg without feeling any remorse or guilt. What Golden did was a classic example of dog abuse.

People are worried about how someone like Manuel Golden can call himself a professional celebrity dog trainer. I mean, Golden just committed dog abuse and got away with it.

Will Manuel Golden get punishment for committing dog abuse

The Fort Bend County’s District Attorney has assured the public that the district attorney’s office is investigating this particular incident and the law will take its course. Meanwhile, the dog abuse video has created unrest among the public.

Media outlets reported that more than 2000 people had signed a petition to get Manuel Golden arrested for his crimes. The US Justice System is very clear in this regard.

The US animal mistreatment law is also known as “The PACT.” The PACT means Preventing Animal Cruelty and Torture. It was signed in 2019 and has made animal cruelty a federal crime.

The PACT Act prohibits any kind of human cruelty displayed for viewership. The PACT, alongside the state laws, can be used to prosecute Manuel Golden for this horrific dog abuse.

It is pertinent to this dog abuse case that US state laws generally protect pet animals. It has been reported that Golden owns the puppy he was seen slamming on the floor. The state animal protection laws must be enforced to stop this so-called “professional dog abuser.”

There is no doubt that the district attorney’s office is against animal mistreatment, especially dog abuse. We hope that soon, Golden will be behind bars.

Are there any laws against Dog abuse?

The PACT Act is a federal law that prohibits animal cruelty. The Preventing Animal Cruelty and Torture Act (“The PACT Act”) is a tight law that can be used along with the state laws to protect animals, like the puppy shown in the video against animal abuse.

The Fort Bend County’s District Attorney’s office is investigating the incident, and we hope Manuel Golden will be tried under the PACT Act and the state laws for animal mistreatment.

People for the Ethical Treatment of Animals (PETA)

PETA is against animal abuse, including dog abuse. You can report cruelty performed on animals, especially dogs, in laboratories, the food industry, the cloth businesses, and the entertainment industry to PETA.

PETA says that dogs should not be chained outside homes just for entertainment purposes. Dog chaining is a practice where the owners keep their dogs chained for long periods.

Some dog owners do not know that dog chaining is dog abuse (animal cruelty), and they further punish their dogs with shock collars on the pretext of training.

PETA is against all forms of dog abuse and animal cruelty. PETA is of the view that caging a dog is dog abuse because it prevents dogs from satisfying their needs.

Dog chaining is just an excuse for dog owners and the so-called professional dog trainers to ignore dogs. People like Manuel Golden do not care about dog health and well-being.

Such insolent behavior can actually harm dogs. PETA works against this form of animal abuse.

In 1940, it widely worked against the inhumane treatment of animals on Hollywood sets. American Humane Association is responsible for the famous line, “No Animals Were Harmed.”

The Red Star Emergency Services has provided services during national and international disasters. American humane has played its role during the 2011 Joplin tornado, Hurricane Katrina, and the 2010 Haiti earthquake.

The American Humane Hero Dog Awards should be valued for its interesting dog award categories.

American Society for the Prevention of Cruelty to Animals (ASPCA)

The American Society for the Prevention of Cruelty to Animals (APSCA) works for the kind and respectful treatment of animals. The APSCA was founded by Henry Bergh.

It works against animal cruelty. The APSCA is the most famous, old, and influential animal welfare organization in the United States.

The APSCA is credited with the inception and development of several animal welfare programs. As a founder of APSCA, Berg was able to work against cockfighting.

APSCA can be credited for the “Declaration of the Rights of Animals.” APSCA has a right to enforce anti-cruelty laws in the US.

APSCA was the first animal welfare organization that provided emergency medical services to injured horses in the US.

APSCA was the first animal welfare organization that helped develop anesthesia for horses.

APSCA has done valuable work to protect dog health. It was the first organization that enabled veterinarians to perform heart surgery on a dog.

The APSCA is responsible for creating and maintaining several animal shelters in the US. APSCA is popular because it did not rely on private funds and achieved more than any other animal welfare organization.

The state government departments work with APSCA to control animal cruelty on a mass scale.

The APSCA has done considerable work to ban dog abuse. The APSCA has worked day and night to end puppy mills in the US. It was successful in ensuring the imposition of breed-specific legislation.

The APSCA is perhaps the most notable organization working to prevent animal abuse. It has managed to form a national cruelty and field response system.

The national cruelty and field response system addressed dog torture, killing, and mistreatment cases. APSCA became a center of public attention when it fought against a dog stabbing incident in the Bronx. APSCA was able to prosecute the accused in court.

The Bronx Dog Stabbing Case involved an Irish construction worker who tortured and injured his wife’s dog after an argument. During the court proceedings, the lawyer of the accused stated that the dog attacked his client first and it was an act of self-defense.

As a non-profit animal welfare organization, Alley Cat Allies works for feral cat advocacy and the trap-neuter-return method. The organization faced several controversies in the past.

How to Stop Dog abuse?

There is a need to introduce tighter laws to protect dogs from animal mistreatment and cruelty. The PACT is a federal law that protects dogs from animal cruelty, but still, there is no end to dog abuse.

As seen in the video, Manuel Golden was able to shatter a puppy’s leg without feeling any remorse or guilt.

Manuel Golden removed his website, but it does not mean that his organization stopped working. The legislators should notice that the alleged dog abusers can still pose as “brilliant, professional, celebrity dog trainers.”

This is disturbing, and it should be stopped at all costs. The District Attorney’s Office should involve APSCA and the Animal Legal Defense to destroy Manuel Golden’s organization and career.

A dog abuser should have no respect in society. Strong legislation and swift law enforcement is the only way to stop this form of systematic dog abuse.

Some people say we need legislation, but others think we need education along with legislation.

American dog owners should be educated enough to know that slamming an innocent puppy on the floor over the pretext of training is no joke. Manuel Golden should not be allowed to get away with it.

Manuel Golden Dog Trainer – Dog welfare organizations should take notice of this insolent behavior. Manuel Golden should be arrested and punished for his crimes.

TyCalK9 should be closed down permanently, and all dogs owned by Manuel Golden should be sent to animal shelters.

People should be educated about animal cruelty, especially dog abuse. A rigorous screening process should be laid down for professional dog trainers to determine their credibility.

Animal protection laws should be made tighter than before to prevent any such event from happening in the future. 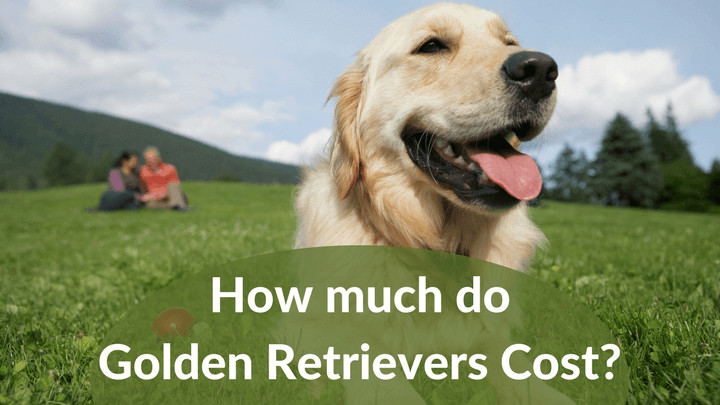