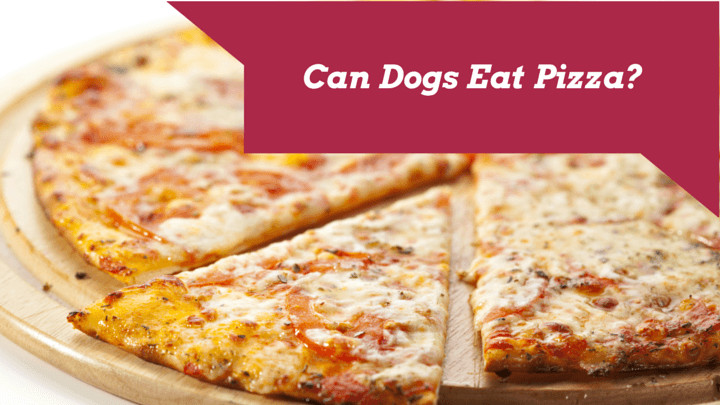 It’s Friday night, the doorbell rings, and it’s the best delivery of the week: pizza! Those gooey slices loaded with your favorite toppings are enough to make even the worst week just melt away.

From the flavorful tomato sauce to the perfectly crisp crust, it’s all of the ingredients put together that make pizza so delicious.

However, a lot of the essential pizza ingredients are actually very dangerous to your dog, meaning those joint pizza parties can be causing more harm to your pup than you thought.

Is Pizza Bad for Dogs?

Yes, pizza can actually be quite toxic to dogs. Of all of your meal staples, pizza may actually cause some of the biggest health problems. Pizza comes in many forms, but a great majority of the toppings fall into the “Unsafe for Dogs” category.

Starting with the crust, many pizza places use quite a bit of oil and salt in their dough. Oil is quite unhealthy for dogs because large amounts of fat inflame the pancreas and create a very painful condition called pancreatitis. Some crust recipes use large amounts of salt to flavor the dough.

Depending on the dog and how much salt is used, this can cause salt poisoning, a dangerous condition that can irreparably damage the kidneys and even lead to death.

The Dangers of Garlic and Onions in Pizza

The sauce is bad for dogs because of one of its main ingredients: garlic. Garlic is part of the Allium family, along with onions, chives, and leeks. Garlic is actually five times more potent than onions in terms of toxicity, and it doesn’t matter if it’s in liquid, solid, or even powder form.

Signs include white or pale gums, weakness, an increase in both heart- and respiratory rates, extreme lethargy, and even collapse. As the anemia advances, it’s possible to see red or brown urine due to blood in the urine.

If your dog ingests a member of the Allium family by accident, they should be seen by a vet immediately. Veterinary staff can induce vomiting and administer activated charcoal to absorb the toxins.

If it’s too late to rid the body of the toxins and hemolytic anemia has set in, the dog has to be treated by a veterinarian because advanced cases require blood transfusions to safely replenish red blood cells.

One of the main jobs of the red blood cells is to transport oxygen throughout the body, so dogs with hemolytic anemia may need oxygen therapy to help them breathe properly. Dogs who are treated by a veterinarian often recover well, but dogs left at home most likely won’t survive.

The intestines can also be affected by garlic/onions, and dogs will suffer from extreme nausea, diarrhea, abdominal pain, and irritation of the mouth.

Cheese isn’t great for dogs, either, and everyone knows pizza has to be dripping with cheese. Dogs are nearly lactose intolerant, meaning they have a hard time digesting the lactose found in dairy.

While cheese isn’t toxic to your dog, it can cause some yucky digestive upset, including diarrhea and unpleasant gas when given in large portions.

Pepperoni will cause some digestive upset, too. The spicy flavor can be upsetting to the stomach or even be painful in particularly sensitive dogs’ mouths. Some pepperoni may contain garlic or onion powder for seasoning, and they’re both toxic to dogs.

No matter how big those eyes are under the table, resist giving your dog any of your pizza. Even a few bites of pizza loaded with a garlic-based sauce are enough to cause toxicity (in small dogs), so those tastes just aren’t worth the risk to your dog’s health.

It’s important to remember that Allium toxicity (garlic) isn’t always immediately apparent; symptoms may not appear for several days. If your dog gets hold of your pizza, don’t wait until they’re showing symptoms before you seek veterinary care.