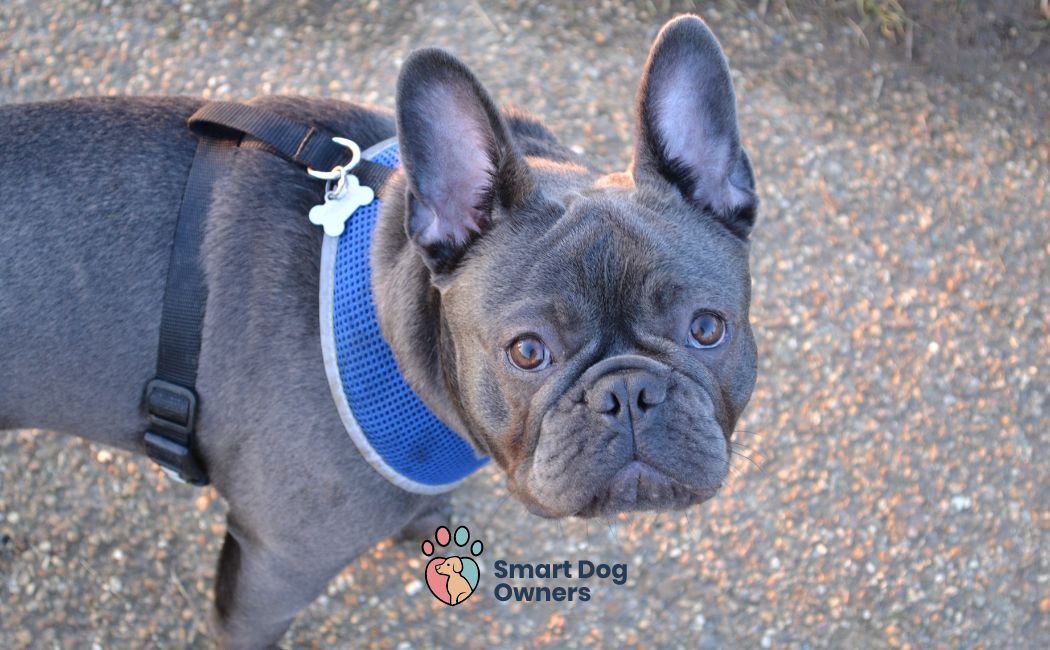 Have you ever seen a blue dog? Nobody had until the blue french bulldogs made it to the pet market and created a rave.

Don’t worry; there’s nothing wrong with these dogs; the blue color isn’t blue! If you’re a dog lover, it’s time you own one of them. We’ll guide you if you don’t own any pets and are looking for recommendations.

Place your money on these french bulldogs. And if you’re skeptical about keeping a pet, let me remind you that pets, especially dogs, change your life for good.

They aren’t just some creatures in your house that become your responsibility. Dogs provide companionship to all those loners without one to call their own. The dog will ensure you stay active if you’re awfully lethargic.

All those walks, exercise diaries, and socialization keeps dog owners engaged and sometimes helps them deal with depression.

Do you know having a pet dog helps reduce the risk of heart attack and heart disease? After all, they add so much joy to life and keep you active, and it’s bound to happen.

Let’s start with our introduction to the world of blue french bulldogs without wasting time. Happy Reading!

What is a blue French Bulldog called?

If you ever come across a varied color dog, that’s your blue french dog. It’s an adorable breed known for providing excellent companionship to the owner. It stands out among all other dogs due to its dilute bluish gray coat that adds to its handsomeness.

Known as french bulldogs, their original name was Bouledogue Francis. The blue-colored french dogs were known as Mouse Frenchies. Sounds royal like them.

People prefer french bulldogs as pets due to their small size that compliments apartment life. This small, stocky dog has a flat face and a loose-skinned body like most bulldogs- don’t miss those cute wrinkles!

Their bluish-gray coat could be solid or adorned with white patterns on the belly and chest. If you’re looking for a furry companion to snuggle to bed, get a blue french dog for yourself. A recessive dilute gene caused the coat’s ghostly blue sheen, which added to its popularity.

Do you french bulldogs sore to popularity in the city of romantics? Yes, they were bred in Paris and became an Avant-grade fashion accessory. Though it’s unfortunate, Blue Frenchies became an accessory among rich people; and people mistreated them for personal gain.

Coming to their origin, Frenchies came from Toy English Bulldogs in the 1800s to chase away cats from the lacemakers of Nottingham. During the great revolution, the lacemakers relocated to the French countryside. Eventually, they were crossbred with Pugs and terriers; this is how we got flat-face dogs.

You can’t help but notice the enticing blue eyes of baby Frenchies, and some Blue Frenchies keep them into childhood. The beautiful color and their sheen coat make them look superiorly handsome.

Blue Frenchies have signature oversized bat eats, folded cheeks, and a small stubby tail that they love to wag after seeing their favorite person around.

Don’t worry if your dog has a stumpy tail because Frenchies have stumpy, pointy, and curled tails. It isn’t too long or too short- just the right size for your little friend.

Ideally, French bulldogs don’t weigh more than 12.7 kgs (28 lbs), and smaller ones weigh 16 lbs (7.2). If your French Bulldog weighs more than this, he is probably overweighed and needs to shed some fat.

They’re considered perfect for apartment life due to a minimum height of 13 inches (33 cm). A few blue Frenchies might be 11 or 12 inches too. Moreover, Blue Frenchies remain in a league of their own due to their nice sleek blue-gray-ish coat with a glossy texture.

The skin compliments their big blue, green, or gray eyes. It’s hard to resist their cuddles, especially with green eyes, when they look adorable.

There are four different variations of Blue Frenchies:

The appearance of Blye French Bulldogs sets their persona well. They aren’t one of those agile dogs who woof around all day or remain keen to play around. Honestly, they’re pathetically lazy, which suits office-going people because you won’t have to play or take them out on walks very often.

They remain quiet and don’t bark or get too loud. But they could be noisy while sleeping. Yes, they snore a lot! But don’t worry; their snoring would only make you laugh. Please don’t scream or shout at them because they tend to get gloomy.

Looking forward to buying a blue french bulldog? Here are some top-notch types for your guidance:

Sable French Bulldogs is a Frenchies that looks like a fawn Frenchie with dark back hair that covers his entire coat, making him more handsome than ever. It’s a rare breed that varies with cream or tan sable coats.

Dilution of the recessive gene has given birth to isabella french bulldogs. It’s born with a blue coat, and as they mature, it turns into a pale greyish or golden jacket.

They have a ddbb DNA, meaning they’ll have two copies of the chocolate and blue gene. It’s the most expensive type of french Bulldog with a stunning coat and mesmerizing eyes.

Merle Frenchie is a patterned dog with tiger stripes, spots, and patches. It comes in different colors and patterns due to hereditary and genetics.

Two merle dogs can cause severe health issues. Nonetheless, given their stunning appearance, they make it to the exotic list of famous dogs.

It’s mostly a white dog with splashes of color on the face and body. Blue pieds have splashes of blue with light-colored eyes.

It’s a rare breed produced from two pairs of recessive genes. They have light-colored eyes that range from green to yellow or blue.

It’s a gorgeous colored bulldog produced from blue-eyed clown dogs. They’re unique because of the mottled coat and color splashes. Don’t breed two merle dogs together. Else, they will have various health problems.

It’s a famous dog among the masses because of its dusky quality. Despite the name, they aren’t blue or fawn. They exhibit brindling and range from shades of deep apricot to light cream color.

These French bulldogs come with their signature eyebrows and tan-colored legs, making them look like tiny little Rotties. They’re a result of dilution genes.

These health issues often result when the same DNA type of pups have mated. Blue French Bulldogs frequently suffer from color dilution alopecia, a hereditary condition that causes dry, itchy, flaky skin. You can avoid these health issues by buying the right breed. Overall, blue Frenchies have a lifespan of 10-12 years.

The blue French bulldogs deal with a few health problems. Here have a look at some of them:

You must keep extra care of Frenchies health and invest in good health insurance to save money.

Do you know if both dogs carry dilute genes, the puppy will likely have a  blue/mouse coat? When french bulldog puppies are young, it’s hard to figure out the exact coat color as it varies from black to dark grey to light grey and blue.

Blue French bulldog puppies are often born with cleft palates after an injury. Usually, some puppies don’t survive this situation or are euthanized by breeders. Its only treatment is surgery, but not all puppies require surgery.

Your blue french bulldog puppies might not need much exercise due to low energy levels, but don’t compromise their health. Play with them, go out for short walks, and train properly. They’re eager to learn and great learners.

How much are Blue French Bulldog Puppies?

Getting hands healthy blue french bulldog puppies isn’t easy. Breeders find it hard to get their hands on healthy parents who carry dilute genes. It explains why blue Frenchies would be costly compared to other breeds.

The breeding process takes time and money because Frenchie dame needs to be put into artificial insemination.

Moreover, pregnant Frenchies depend on a meat-based, healthy diet. Their ultrasound examination is costly too. Then comes the birth process; unlike most dogs, Frenchies are born with a C-section.

Frenchies are expensive. There’s no denying that the average price varies from $1500 to $10,000. It could exceed depending on the condition and other expenditures.

Blue Frenchies are more or less a status symbol; you’ll come across affluent elite families owning them, which increases their demand and price. But more than that, the overall expenditure automatically makes them one of the most expensive bulldogs.

Your blue french Bulldog has a healthy lifespan. It’d likely stay with you for 10 to 14 years at least. The years vary according to his health condition, how you treat him, environmental conditions, and mental health.

There’s no doubt that French Bulldogs are fascinating creatures. You shouldn’t miss these exciting and fun facts about them:

Does This Breed Get Along with Other Pets?

They’re friendly, laid-back creatures that barely show signs of aggression until and unless they’ve been tempted to do so.

Things to Know When Owning a Blue French Bulldog

Wrapping It Up! Blue French Bulldogs

Blue French Bulldogs are among the most beautiful dogs with a friendly nature. Unlike most dogs, they don’t need long walks or extra exercise, but they do need your companionship and quality time.

Due to their rare breed and high maintenance, they’re expensive, and you’ve to spend quite a lot of money on them. Nonetheless, they might suffer from hereditary issues which result from unhealthy parents.

1.   What is the average height of Blue french bulldogs?

Blue French Bulldogs have an average height of 11-12 inches.

2.   What is the average weight of Blue french bulldogs?

Blue french bulldogs have an average weight of 16-28 pounds.

Blue french bulldogs are great pets. They love to snuggle and express love to the owners by licking their faces. They don’t need extra time, making them perfect pets.

No, they aren’t blue. It is more of a shade of silver grey rather than a sky blue color.

Yes, blue french bulldogs are rare. You won’t find them in every household. As they’re expensive, not everyone prefers having them.

AKC recognizes blue french bulldogs, but various breeding associations do not recognize them due to their blue color.

8.   How much are blue French Bulldogs?

A blue french bulldog costs $1500 to $4000 or even higher in the United States. The price doubles according to the standard Frenchie. 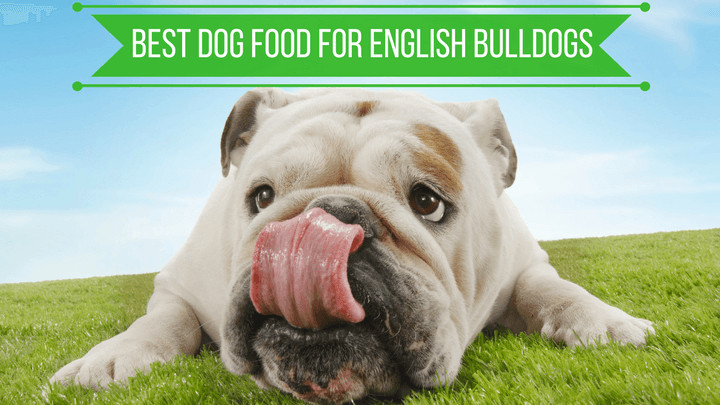 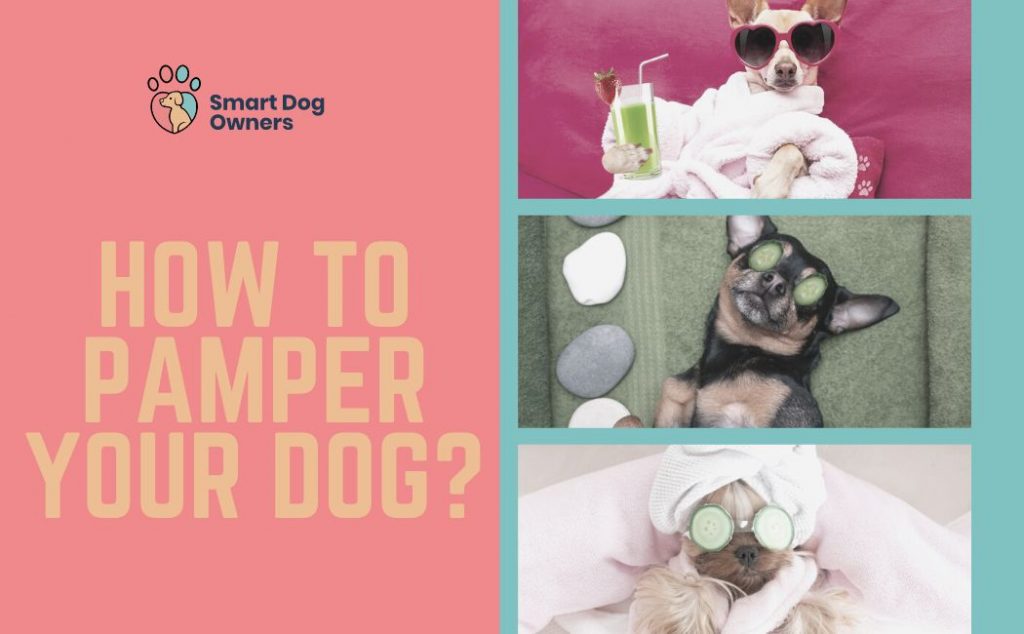