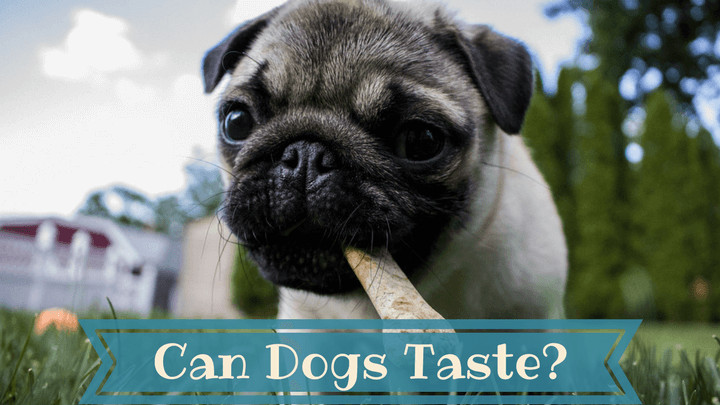 Dogs eat really vile things. Some dogs will eat anything that fits in their mouth, and oftentimes, the stinkier it is, the more your dog wants it. Do dogs have a refined sense of taste, or does their palate for rotting trash mean their taste buds aren’t that great?

An animal’s sense of taste depends entirely on how many taste buds they have. On average, a dog has about 1700 taste buds in their mouth. In comparison, you have around 9000 taste buds!

While they’re missing the salt sensors, dogs have taste buds fine tuned to the tastes unique to meat and fats. It’s these taste buds that make dogs get so giddy over all things that are meat flavored. Their sweet taste buds are attuned to a chemical known as furaneol which is found in fruit and tomatoes.

The bitter sense is very sensitive, and almost no dog enjoys bitter tasting things. This is why certain anti-chewing sprays are so bitter because of dogs’ natural distaste for anything bitter.
[thrive_text_block color=”note” headline=”Taste Buds for…Water?”]
You read that right. Dogs actually have taste buds that are specific to tasting water! These taste buds are located at the tip of the tongue where dogs lap water into their mouth. If you’ve ever seen a dog absolutely blissed out on drinking water, it’s because they can taste the water in ways we can’t as humans!

Nobody’s really sure why dogs have these taste buds and humans don’t. The best scientific guess is dogs evolved with a taste for water so they could keep their hydration at a healthy level when they’re eating meat that’s high in salt.
[/thrive_text_block]

If dogs don’t have that powerful of taste buds, is that why they like to eat things that would make any other animal gag? Yes! Dogs use their sense of smell to decide if something is appealing to them. They’re perfectly content to eat something that smells awful because the worse something smells, the better it tastes to them! This is a trick used in vet clinics to try and entice sick dogs to eat by heating up wet food until it’s extremely pungent.

A dog’s sense of taste may not be that refined, but combined with their powerful sense of smell, they have no problem discerning what they’ll eat and what they refuse to touch. Even if their number of taste buds is lower than yours, that doesn’t mean they don’t have their own method of tasting what they need.