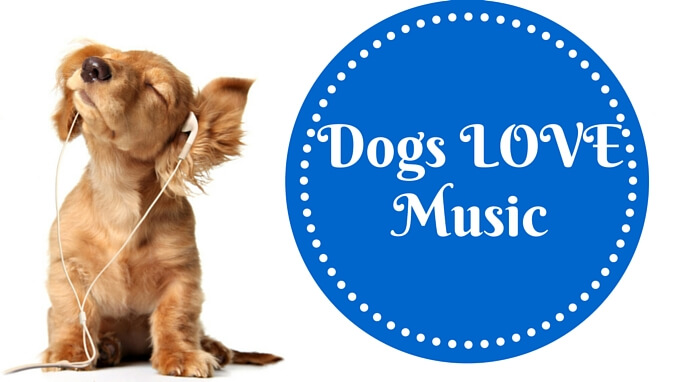 Research has shown time and again that music is beneficial to humans of all ages, but it makes a noticeable difference in the cognitive development of children and babies. Plants have been shown to grow better when they’re regularly exposed to music, and even adult humans find solace in listening to music when they’re particularly happy, sad, or angry. If music is beneficial to non-sentient beings like plants, does that mean music positively affects dogs, too?

Table of Contents hide
Is Howling Actually a Dog’s Way of Singing?
Do Dogs Prefer Certain Types of Music?
Do Dogs Sing Along to Music?
The Physical Effects of Music on Dogs

Is Howling Actually a Dog’s Way of Singing?

When a wolf starts howling, the rest of the pack joins in one by one. Scientific research, while scant, has indicated that wolves do have a sense of pitch, so it’s possible howling is their way of producing music. When recordings of wolves howling were carefully broken down voice by voice, researchers noticed that each wolf had their own unique pitch and it seemed deliberate (https://www.psychologytoday.com/blog/canine-corner/201204/do-dogs-have-musical-sense) even if it wasn’t matching the first wolf’s pitch. To us, it sounds like cacophony, but to the wolves, they’re making beautiful sounds.

Animal shelters, veterinary clinics, and boarding kennels have mostly jumped on board with piping soothing music through the building to help quiet their canine charges. Classical music is a pretty safe choice because it’s soothing to almost every being regardless of species. There has been some research put into identifying the kind of music dogs prefer, and the results are fairly consistent across the board.

Their reactions to the different types were noticeable. Heavy metal made the dogs bark and appear agitated. Pop music didn’t produce behaviors that were any different than when there was no music at all. Classical music made them calm, reducing how much they barked and how quietly they rested. Wells concluded her study with the theory that dogs can be discerning like humans in regards to choosing what music they like.

Do Dogs Sing Along to Music?

There are loads of viral videos online depicting dogs howling along to music or their owners singing. It’s been shown there are certain types of music that are more likely to get a dog to start howling, and it doesn’t have to be horrible music, either. Wind instruments like clarinets and saxophones are far more likely to make a dog howl than any other instrument. However, holding a long note on a violin or through a singing voice can get a dog to emit a howl because long notes have a similar sound to a proper dog howl. Music with percussion instruments seemed to stress canines out, perhaps because they resemble the sounds of gun shots. Songs with vocals that have a lot of the word “no” were also not received as well by the dogs.

The Physical Effects of Music on Dogs

Classical music played a role in calming shelter dogs both physically and mentally, but does it have any more profound effects? A musician conducted a very small experiment on patients in a veterinary hospital, and her results showed harp music significantly reduced the heart rate of hospitalized patients. This indicates that dogs might be able to recover more quickly from injuries and illnesses when they’re given accompanying therapies like music.

Your dog might not care for jamming with you in the car (hanging their head out the window is much more fun), but playing some quiet music when they’re home alone during the day could make a difference in their anxiety levels. Skip the Metallica, though, and opt for something you would consider relaxing.