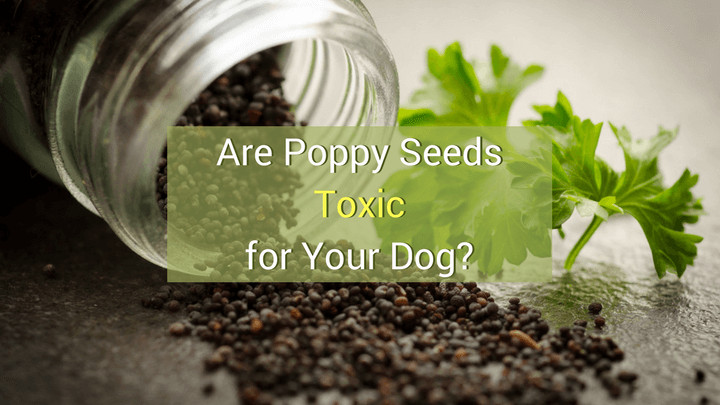 Have you heard that urban legend about people getting fired from their job and/or arrested because they tested positive on their drug tests for opioids yet they claim to be drug-free? According to the legend, these unlucky souls tested positive because they had eaten something containing poppy seeds. The burning question is: do poppy seeds actually contain opiates? Can poppy seeds have a similar effect on your dog?

Poppy Seeds Are Toxic for Dogs?

Poppy Seeds are very toxic to dogs. Even though dogs have to eat a lot of poppy seeds for any effects of opioid poisoning but as Smart Dog Owners, you should always avoid giving your dog any quantity. Dogs are sensitive to a lot of foods and poppy seeds toxic for dogs no matter what is the size or age of your dog. In fact, there is a long list of healthy dog treats that are wholesome and good for pets, including watermelon, apples, bananas, kiwis, blueberries, pineapples, and salmon.

Alkaloids are severely damaging to your dog’s central nervous system, yet another reason why poppy seeds are toxic for dogs to have. It is best not to have poppy plants around the house, as the whole poppy plant poses a threat to your dog and not just the seeds.

Table of Contents hide
The Truth About Poppy Seeds and Dogs
Are Poppy Seeds Toxic to Dogs?
Signs of Opioid Poisoning in Dogs
What to Do If Your Dog Eats Poppy Seeds

The Truth About Poppy Seeds and Dogs

It’s true that the types of poppy seeds found in grocery stores are derived from the P. somniferum plant, the opium poppy plant. The seeds do contain very small amounts of opiates like morphine, but your dog would have to consume a ton of seeds in order to feel the effects of the opiates.

What is Poppy Poisoning?

In the famous movie “The Wizard of Oz” we can see the effect of red poppies on Dorothy as she falls asleep. The reality is not very different for poppy seeds, ingesting them can mean depression, sedation, coma, and even death. Your dog will gulp down whatever he finds on the floor. Click here to find out more about ate bait poisoning in dogs.

Are Poppy Seeds Toxic to Dogs?

The Pet Poison Hotline and ASPCA agree poppy seeds are toxic to dogs and should never be given to them regardless of the amount. While it would take a lot of seeds to give your dog opioid poisoning, there’s no “safe” limit where your vet can definitively say your dog has reached a toxic dose.

Signs of Opioid Poisoning in Dogs

Opioid poisoning is dangerous to dogs and deadly if it isn’t treated, poppy seeds are just one of the sources dogs can ingest opioids from. Symptoms of opioid poisoning include significantly slowed respiration and heart rates, sedation, incoordination when walking, pinpoint pupils, and a lack of appetite or interest in the surroundings. This seems like a basic “high”, but it can kill your dog if you don’t get treatment for them right away. Find out how to protect your dog if he eats rat poison here.

Symptoms of Poppy Poisoning in Dogs

What to Do If Your Dog Eats Poppy Seeds

If your dog eats anything with poppy seeds in it (muffins, bagels, bread, etc), seek veterinary treatment immediately. Don’t induce vomiting at home, especially if it’s been more than 90 minutes since ingestion. Your dog needs proper veterinary care with IV fluids and medications/monitoring to keep an eye on your dog’s respiration and heart rates.

Poppy seeds have a long and controversial history about their opiate effects, but there is no controversy that they’re dangerous to your pup.