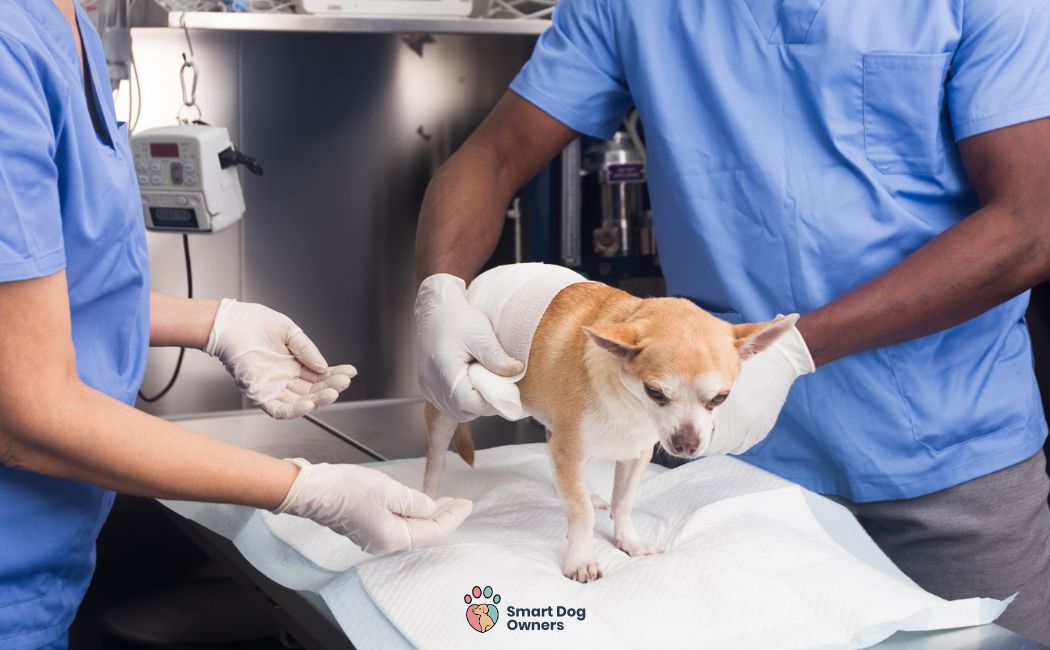 Are you looking for signs of infection after neutering a dog? First of all, you need to calm down.

Dog owners get apprehensive the moment something gets wrong with their pets. We understand the fear that pops out of your love for the pet. But, you’ve to understand specific treatments and procedures prescribed by the vet are meant for your dog’s well-being.

Do you know neutering decreases the chances of prostatic diseases, hernia, and testicular cancer in dogs? Vets recommend neutering if your male dog shows excessive sexual aggression and inappropriate urination.

We’re going to put an end to your fears in this article. So make sure you read this article till the end. Happy Reading!

What is dog neutering?

The word neutering derives from the Latin word ‘neuter, which refers to removing an animal’s reproductive organs. Some people jokingly refer to it as ‘the big snip.’ Male dogs are castrated, and female dogs are spayed.

It’s a surgical process that removes both testicles to make them infertile and stop their ability to reproduce. Neutering is preferable if you’re planning on keeping a dog as a pet for a long time.

Neutering is not all about ensuring your dog doesn’t reproduce puppies. It’s a huge decision that ensures population control reduces the risk of hormone-related diseases such as perianal adenoma.

If your dog is too aggressive and roaming around for mating, you got to remove his sexual urges via neutering.

Do you know neutered dogs live longer than unneutered ones?

They’re healthier as they don’t deal with separation anxiety and elimination and are protected from various diseases. To some people’s dismay, neutering is the only procedure to remove dogs’ testicles, but some therapies can help dogs with their aggression. Nonetheless, neutering is an ideal procedure.

According to Pam Nichols, president of the American Animal Hospital Association, ‘you’re putting your dog under great pain if he’s not neutered.’

Post neutering lowers dogs’ testosterone levels, making them calm and reluctant to fight with other dogs.

The right time to neuter your dog

Vets recommend neutering five to six months old dogs rather than big ones. It makes sense because young ones are easy to handle, and risks are more significant when large dogs are concerned.

You can neuter the dog anytime once he is 8 weeks old. Breed and size play vital roles in determining the neutering time of the dogs. Make the right decision for your pooch after a detailed and frank discussion with the vet.

Neutering procedure differs from place to place and also depends on your dog. His age and breed do count.

But if we have to make a rough estimate, it would cost you from $50 to $300. The price could increase depending on the vet’s fee, medications, and hospital charges if a dog is admitted for a week or more.

A step-by-step insight into the neutering procedure

Signs of infection after neutering dog

Sometimes, we bring our pooch home and never know something is wrong with him. It’s most likely your buddy feels uneasy and exhausted after the procedure.

Anesthesia would make him dizzy and sleepy, but once it wears off, he will feel discomfort. Don’t worry about they won’t feel pain due to heavy medications.

They won’t feel hungry for the first 24 hours, and there’d be no contact with water for 110-14 days. It’ll help to heal wounds.

You’ve to be cautious with his health, so here are some signs that you must look out for:

Is infection after dog neutering life-threatening?

Infection after neutering won’t kill your dog if treated in time. But if you continue to ignore your pup’s condition and skip another visit to the vet to save money and time, with all due respect, you’ll lose your pet forever.

How do you treat an infected dog after being neutered?

Right after neutering, a dog needs extreme care from you. But if he’s infected, you need to take specific measures.

First, do remember that it’s a sensitive time for the pooch, and he might act stubbornly. Tolerate mood swings and try adding as much ease as possible in his life. Usually, young active dogs face more complications after surgery as compared to sedentary ones.

Nonetheless, in case of infection, don’t hesitate to check with your vet and visit him immediately. Most vets don’t charge post-surgery check-ups; even if they do, please don’t blame him for re-suturing.

You’d need antibiotics for the dog, but sometimes Epsom salt would work great. But this option is only available for superficial and mild infections, and you need a vet’s approval.

Of all the treatments you do, please don’t apply topical ointments like Neosporin and hydrogen peroxide to the infected area. If the female dog was in heat during/before surgery, don’t let her get near unneutered dogs for two weeks.

How long will my dog be in pain after neutering?

Anesthesia and painkillers are very much effective in controlling pain. When the medication effect wears off, your dog will feel pain for a few days. In the best case, the pain won’t last for more than seven days.

Neutered dogs feel uneasy. Make sure you keep them away from other dogs in a calm environment. Don’t let the dog lick the incision.

Medicines to treat signs of infection after neutering dog

Vets recommend Rimadyl or Torbugesic for dogs for pain relief. Please don’t give them any human medications as most of them turn poisonous to dogs.

Carprofen is the best medicine for infected dogs. Its anti-inflammation properties help with swelling, inflammation, and pain.

Cephalexin is another recommended antibiotic drug for dogs to treat bacterial infections.

You might use gabapentin as well but check with your vet at first.

How long should a dog not lick after being neutered?

Don’t let your dog lick the incision area. It’s dangerous for the wounded area and the dog’s health as it could be infected.

Don’t let your pet lick the incision for at least 7-10 days.

Put an E-collar to prevent a dog from licking the wounded area because otherwise, he won’t listen. Make sure the incision area remains clean and dry for a week.

Licking would lead to infection and failure of stitches. Initially, dogs won’t like the collar, but gradually they’ll get used to it. Please don’t take it off or on repeatedly; keep the collar on him 24/7.

Restrict your dog’s activity after neutering, and don’t take him for long walks. If you go out, put a short leash on him. Don’t let your dog jump, do strenuous activities, rough up with dogs, and do excessive stretching.

After incision, check it twice daily and clean surgical drains as per the pet vet’s instructions. Give your dog plenty of attention but don’t bathe him.

Other Side effects of dog neutering

Dog neutering is a safe procedure, but like any other medical treatment, it has side effects. You’d notice aggression, depression, anxiety, and sometimes clinginess in dogs.

Here are some side effects of dog neutering that you must consider:

Things to look out for in dog neutering

How to calm a dog after neutering?

After neutering, your dog requires lots of love, attention, and care from your side. You’ve to give an extra 100% to make him feel better and deal with the uneasiness. Use stuffed toys and food toys to distract your puppy.

Indulge in the nose and interactive games, including puzzles, and teach him a few tricks. Work on basic obedience and include a massage to help him feel better. Flower essences, daily, work effectively to relieve dogs from emotional trauma.

We ensure that the above tricks and tips will calm your pet.

What complications can occur after neutering a dog?

Dog neutering has its own set of complications. It might affect the overall health and behaviors of the dog. Neutering might lead to swelling and bruising, especially if they’re too active after surgery.

Some dogs bleed, and blood accumulation leads to a hematoma, abscess, or seroma. Infection, anesthetic risk, and weight gain are some of the few complications of neutering.

What happens if a dog licks his neuter incision?

If a dog licks his neuter incision, the stitches will break, and the wound will open up. It could lead to infection as bacteria easily enter the incision.

Licking incision is prohibited for the dog. Check with the vet immediately if things get worse. Make your dog wear a cone on the incision to prevent licking.

What should a healing dog neuter incision look like?

A regular incision must look healthy. A healthy incision includes a closed incision with pinkish edges, which refers to the inflammation process.

It’s without any redness with noticeable swelling and is devoid of any discharge and odor. It should still appear dry and smooth.

When do I remove the cone from the incision?

Don’t remove the cone until the incision heals properly. The healing process takes time and might take a week or two weeks. You’ve to check with the vet about the recovery process.

How to clean a dog’s incision?

Clean the dog’s incision using warm water and cotton. Keep hydrogen peroxide from the dog’s reach. Similarly, don’t give a bath to your dog for at least 7-10 days.

Can I neuter my 3 years old dog?

There’s no age limit for neutering. However, it would be best to get it sooner because the benefits decrease as he ages.

Whether you want to neuter your dog or not should be your decision. But make sure to check with your vet before making the final decision.

Don’t go for the procedure if you wish to see your puppy’s babies. Sometimes, neutering is the only option for dogs to prevent diseases and other medical issues. You’ve to take good care of the dog after the surgery. Be patient and get some help too.

We’re not scaring you! These are just some tips that will help you after the surgery. Take good care of your pup and yourself. 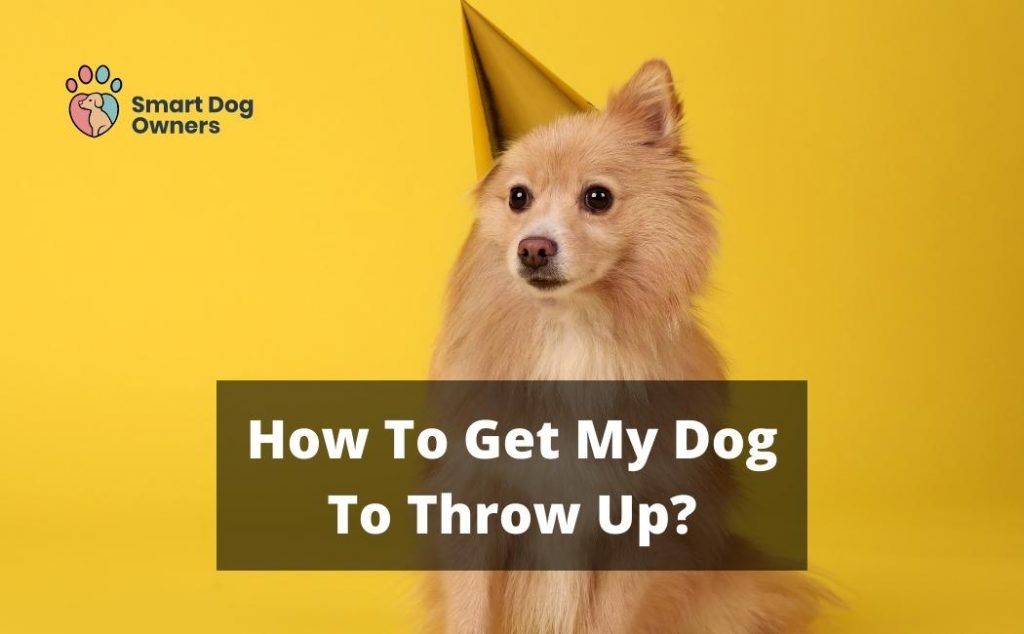 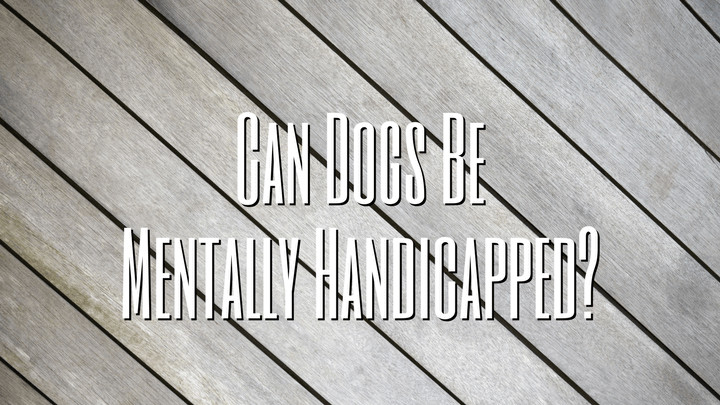