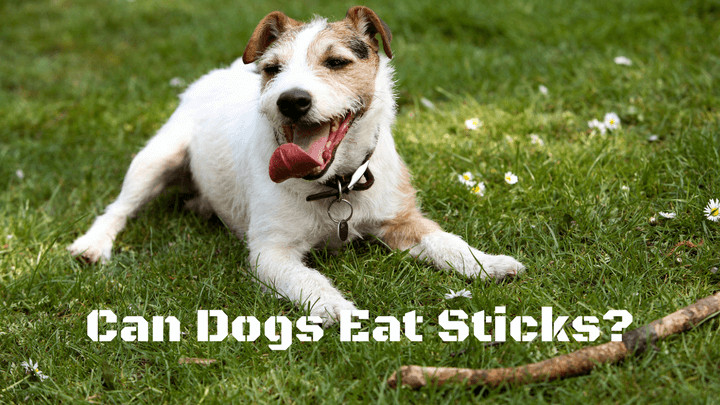 Every dog owner is guilty of throwing their dog a stick when you’re at the park or on a hike. Dogs who love to chase after almost everything you throw, so if you lob a stick across the lawn, they’re going to happily go after it. Dogs have been chasing, chewing, and carrying sticks forever, and while that’s a good argument for continuing the practice, is it truly safe?

The biggest danger is your dog getting impaled by a stick. This can happen anywhere on the body, not just the mouth. Veterinarians have seen dogs impaled in the eyes, chest, legs, throat, and the abdomen. These injuries can be superficial, merely causing lacerations, but they can be incredibly deep, too, injuring internal organs and tissues.

When you throw a stick, your dog takes off after it in something that can only be called blind joy. They aren’t gauging how to safely grab the stick; all they want to do is get their teeth around it and return it to you. How often does a stick actually land flat on the ground when it’s thrown? Hardly ever. It usually lands end-over-end, and it’s typically still tumbling by the time your dog approaches it.

Dogs Can Get Splinters In Their Gums

Even if the stick doesn’t lodge itself somewhere in your dog’s body, splinters are a very real danger. You might not even know your dog has a splinter in their mouth until they’re not eating or drinking a few days later and they’ve got a painful infection brewing.

A dog’s mouth is quite the cavernous place, and they often get things stuck behind their teeth or in their soft palate that are impossible to see unless you can fully examine their mouth (spoiler alert: unless they’re sedated, it’s impossible to do a completely thorough exam).

Habitual Stick Chewing Is A Real Danger for Dogs

Dogs like to mouth the items they’re fetching, and if you create a love for sticks, they’re going to seek them out and start making them a regular chew toy. Not only do the dangers of throwing sticks apply to chewing them, but you’re increasing the risk of ingestion (accidental or not), too.

Some dogs manage to chew sticks down like a beaver, basically turning the wood into sawdust. But there are other dogs who relish in breaking the sticks down and eating them. Whether it tastes good or they get extra satisfaction from eating the things they’ve “killed”, it’s unclear. What is clear, though, is the things that happen when pieces are swallowed.

First, perforation is a very real risk. A sharp piece of wood, no matter the size, can quickly tear through the stomach or intestines. These organs are teeming with bacteria, and if it leaks into the abdominal cavity, a severe infection occurs that could quickly kill your dog.

The stick lodging in your dog’s throat is another risk. When they swallow things, they aren’t always going to slide down the esophagus. One wrong turn and that stick is now stuck horizontally in the esophagus. If it manages to pass, the stick can really tear up the lining of the esophagus or even puncture it.

There are plenty of items and toys you can safely toss around the yard. The best rule of thumb to follow is not to throw anything that you don’t ever want your dog to eat, chew, or play with. This keeps bad habits from forming and protects your dog from a multitude of injuries.