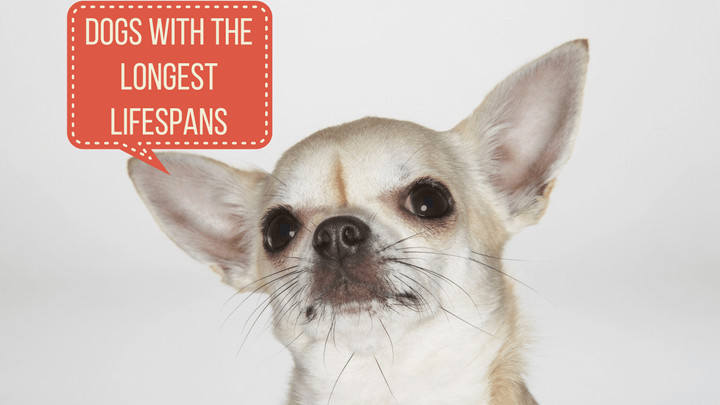 The most heartbreaking aspect of owning a dog is their relatively short lifespans. There are breeds of dogs that barely live more than six years while there are other breeds that can live well into the double digits. If having a dog live a long life is important to you as a dog owner, then you may want to consider one of these breeds. While the biggest factor in a dog’s lifespan is the care they receive throughout their life, some dog breeds are simply genetically programmed to live longer than others.

Perhaps it’s their sassy attitudes that make them live so long, but the average Chihuahua can easily live past 12 years of age. The lifespan of a Chihuahua is anywhere from 15 to 20 years, so it definitely pays to ensure your dog is taken to the vet regularly for vaccines and annual checkups. The longest living Chihuahua ever recorded was a staggering 20 years old!

This grizzled breed may be feisty, but their active lifestyles may contribute to their long lifespan. It isn’t uncommon to see a mini Schnauzer live 15 years or more, but they typically live between 12 and 15 years of age. The most common health problems that afflict the breed are bladder stones and diabetes, both of which are completely manageable with diet and medication.

If you want a whole lot of attitude in a tiny package, then you should consider a Yorkie! This boisterous little breed is incredibly loyal to their master, and they actually have an incredibly long lifespan. Don’t be surprised if your sweet little Yorkie lives anywhere from 17 to 20 years of age. As a breed, they aren’t particularly prone to any fatal diseases, but they are susceptible to a few joint diseases that might need surgical correction at some point.

Beagles may be hound dogs, but they’re an excellent choice for active families. They are prone to obesity, especially as they age, so it’s important that you keep your Beagle exercised and fed a well-portioned diet. If your Beagle can escape obesity and ensuing diabetes, it’s not unheard of for them to live 12 to 15 years. Butch is the longest living Beagle on record who lived to be an astonishing 27 years of age.

Your fluffy little Pom can live to be 12 to 16 years old! Like Yorkies, they are susceptible to joint problems in the knees, so it’s important you stay on top of your Yorkie’s weight. Breeders who aren’t careful with their dogs’ genetics breed puppies that are affected by a heart condition known as a patent ductus arteriosis (PDA). It can be surgically corrected, but it is an expensive fix. Make sure you carefully choose a puppy from a breeder that shows you clean bills of health on all their dogs.

Despite their smashed faces, propensity for snoring, and tendency towards obesity, Pugs are a hardy little breed that can easily exceed 12 to 15 years of age. While Pugs aren’t particularly prone to any fatal diseases, epilepsy is very common in the breed and is a reason why many Pugs are put to sleep before they reach their expected life expectancy.

These stubborn little dogs can age quite well if their weight is kept in check. Many Dachshunds live a very active life up until their teens, and a lot of them live to be over 15 years old. Their biggest health problem is disc disease which often leads to expensive surgeries or euthanasia if a disc is irreparably ruptured. The oldest living Dachshund passed away at a stately 21 years old.

Lhasa Apsos look like walking teddy bears, and they have the personalities to match. This exceptionally sweet breed was bred to watch over Buddhist temples, and perhaps it’s their original purpose that has made their lifespan so lengthy. You can expect your cuddle pal to easily live to see 15 years of age.

Toy Poodles can live to be quite ancient. If your vet has a tale of an exceptionally old dog, chances are it’s a toy Poodle. The average lifespan is 11 to 15 years of age, but a large number of very well cared for dogs can push 20 years old.

Malteses may be hard to keep clean, but they’re a very healthy breed. Male Malteses are prone to having retained testicles that can develop into cancer if they aren’t neutered. Good breeders will ensure their dogs don’t carry a genetic heart condition or poor joints. A healthy Maltese will easily live to see at least 15 years of age.

It’s widely accepted that small breeds have much longer lifespans than large breeds. Great Danes typically only live to be about six or seven years old, which is a huge difference from a Chihuahua or toy Poodle. If you’re longing for a decades-old friendship, definitely consider a small breed dog.