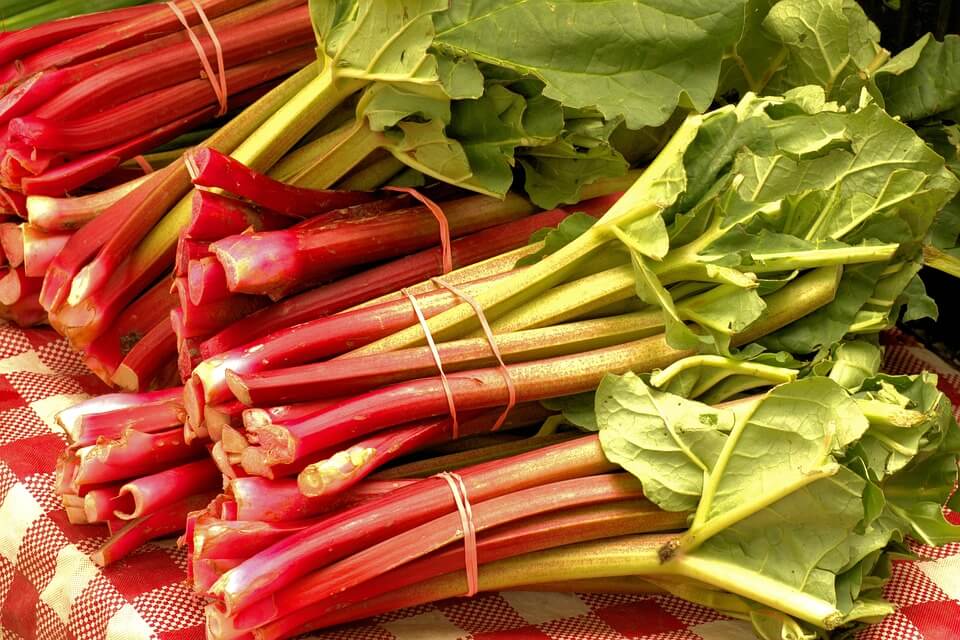 Rhubarb: Is it a Fruit or Vegetable?

Rhubarb is a beautiful, leafy plant with a hearty deep pink colored stalk. Often served in summer desserts like pie, rhubarb was first used for medicinal purposes. When eaten without sugar, rhubarb is almost painfully bitter and almost impossible to eat. When sugar became available worldwide in the 18th century, rhubarb began to appear in pies and cakes because sugar cut the bitterness of the stalk considerably. Scientifically, this sour little plant is considered a vegetable although the average person would consider it a fruit (probably due to how it’s consumed in desserts).

Is Rhubarb Dangerous for Dogs? Can Dogs Eat Rhubarb?

Rhubarb is technically divided into two parts, one of which is toxic (the leaves) and the other is edible (the stalk). The stalk is non-toxic to both humans and animals. During World War I, British citizens were told by the government that rhubarb leaves were a safe substitute for other leafy greens and after long-term ingestion, people began to fall ill from the plant.

The leaves have calcium oxalate crystals and oxalic acid, both of which are toxic to dogs (and humans) when consumed in extensive amounts. If your dog eats large quantities of these leaves, it can lead to hypocalcemia (a drop in calcium in the body), muscle tremors, GI upset, and even kidney failure.  Here are some of the benefits of kale for your dog!

However, your dog would have to eat a very large amount of leaves to end up having any sort of toxic effect. A human adult would have to eat more than a pound of rhubarb leaves in one sitting before experiencing any symptoms, and that symptom would likely only be stomach upset. Dogs have to eat large amounts consistently before showing any signs outside of nausea or diarrhea.

If you have rhubarb in your yard, keep an eye on your dog. It’s unlikely they’ll eat any part of the plant because of the sour taste, but if you see them snacking on the plant, perhaps block it off or remove it completely.

Health Benefits: Can Dogs have Rhubarb?

Rhubarb is high in dietary fiber, and it also contains small amounts of antioxidants.  Other than these two things, there isn’t any specific health benefit in feeding rhubarb to your dog. You would have to cook it to make it palatable and to do so, it would have to be cooked with copious amounts of sugar, thus making it unhealthy for your dog. Overall, rhubarb offers negligible nutritional benefits to your dog, so stick with gold old-fashioned dog treats.